Did you know that Taiwan has the largest density of high mountains is the world? It has more than 150 mountains above 3,000 m being Yushan the highest with 3,952 m (higher than Mt Fuji) . I couldn’t make it to the top during the time I was living there so now that I was paying a visit to some friends and had the chance I didn’t think it twice.

Previous readers of this blog might remember that I named Jiaming Lake as the best hike you can do in Taiwan (take it more as a pseudo click bait than as a serious claim!).  I can’t say I changed my mind with Yushan but it definitely gets close to the pole position… 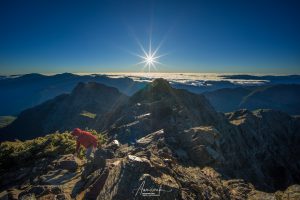 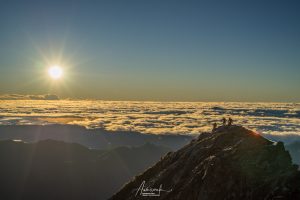 If you haven’t done any big hike in Taiwan before you should be aware of some rules. Many of the main hikes on the island have a limit of persons per day so you should apply for the corresponding permits before anything . Some hikes are pretty popular so is not strange that some people won’t pass the filter for a given day. On these cases there is a lottery where it will be decided who are the fortunate hikers that will be allow to go. As you have probably imagined, the Yushan hike is a famous one so you permissions might be rejected. You can get more information about the permissions process here.

People normally get  by car to the information center area and stay a first night on a close lodge.At the very morning, the very first thing to do (after having a good breakfast!) is to go to the Police Station to fill the needed papers. The information center is the next building and here you can get a shuttle bus to the trail head which is around 2 km far. I did a small map from the lodge we stayed until the peak:

In both cases,  getting the shuttle bus or just by walking trough the road (pretty much a straight road so you can’t get loss), you will reach the Yushan trailhead. Here is  where the real hike starts. This first part of the hike is not specially difficult and you will walk trough hillsides and small forest which offer you some nice views from the very beginning. 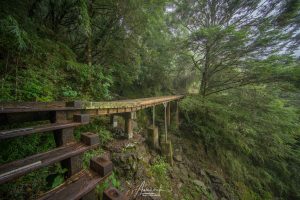 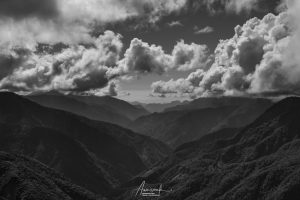 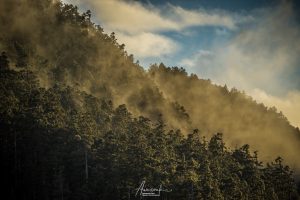 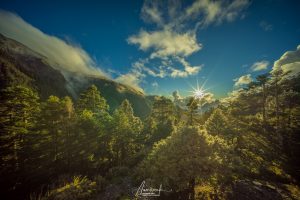 There are some covered  structures along the way where we can stop to take a rest and get some food. I remember to see at least one toilet along the way. Around 8 km later  we made it to the Paiyun Lodge where we  stayed one last night. The sea of clouds and the clear sky already worth the walk up here. The lodge is situated at 3,402 m so pay attention to your body for any altitude sickness symptoms. Unfortunately a couple of friends of mine didn’t feel well and, even if they suspect might be just caused by a cold, they preferred to not take risk and decided to not make it to the top. (Guys, if you read this count on me if you wanna try it again in the future!). 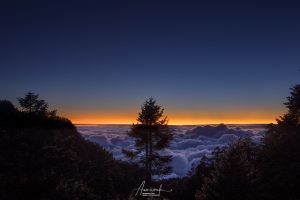 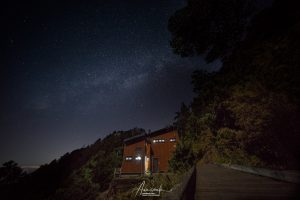 We went early to sleep as the next day was gonna be a long one as we had to reach Yushan’s peak before the sunrise. This is the most complicated part of the hike, specially the last 30 minutes or so where is pretty steeped and you must help yourself with some chains. We super lucky with the weather. Specially because the previous days I checked a few blogs and many others hikers pictures were basically fog and rain. Besides blocking the views that must make this stage much harder as it can become sleepy easily. Here are some pictures on the way down. 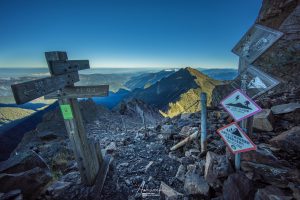 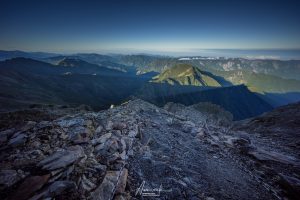 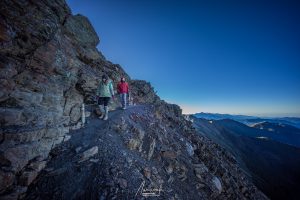 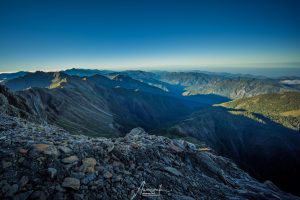 When we finally made it to the peak it was still pretty dark so we sit and enjoy a pretty awesome 360 degrees view of the starts. Soon we realized that we should have brought more clothes as it was freaking cold until the morning started to warming us up. 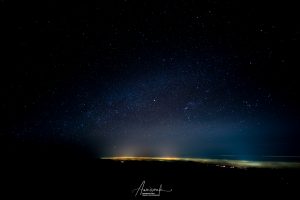 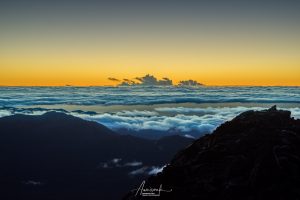 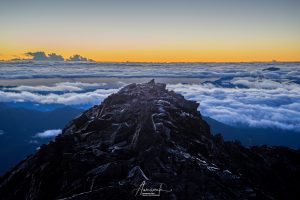 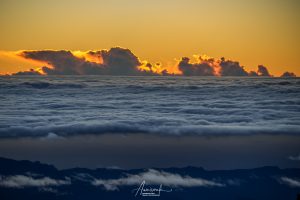 And finally the god Helios decided to appear, offering us awesome views from the roof of Taiwan! 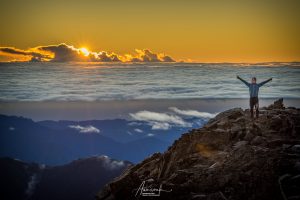 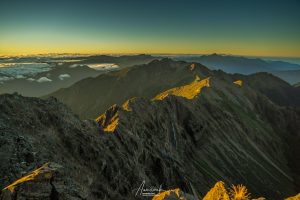 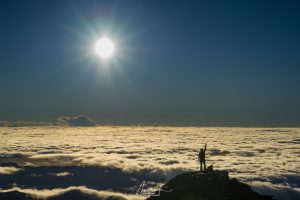 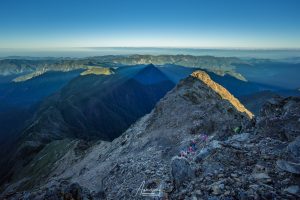 There is a to do list of 100 peaks which many Taiwanese try to achieve on their life. Once they do, they get some small trophy which I’m sure they must be proud owners of.  I wish I’d be able to end that list some day. At least , after Yushan, I can say I’m one peak closer to get it 😉