I was back to Taiwan for a few days and this time I decided to take pictures of a more underground Taipei. I recognize I got a small predilection about graffiti and street art in general. 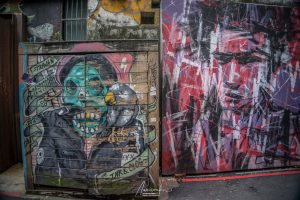 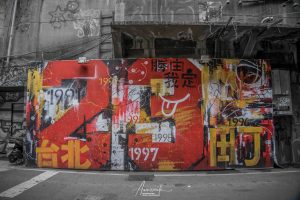 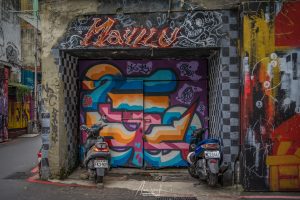 Wait.. .but you were not moving to Japan? Yes! And I was finally able to settle down in Tokyo!  I’m accumulating plenty of photos from Japan but I haven’t put them together to upload some posts here yet. Coming back to Taipei, I got just a few days on the city so I did my homework to find the areas were the graffiti scene was stronger.  A quick search on the Internet aimed me to what I already knew was one of the neuralgic areas of the scene: The Taipei Cinema Park 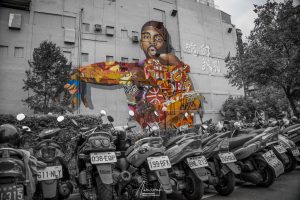 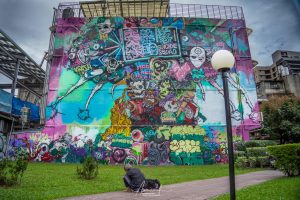 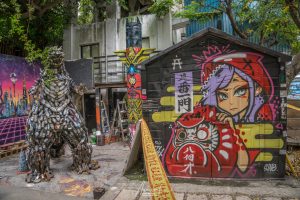 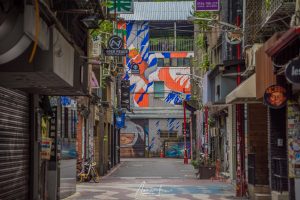 Don’t get me wrong, I’m not really into the street art in Taiwan (or anywhere else by that matter). I just like it so in case the reader wanna take a deeper look on this kind of art in Taiwan these couple of names come to my mind: Pow Pow Taiwan and the Sounder Foundation. 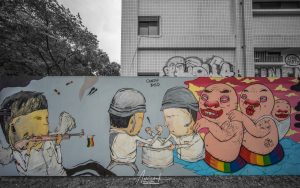 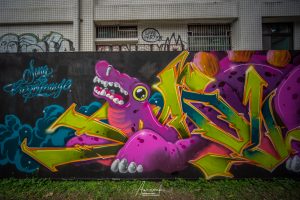 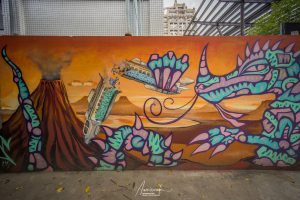 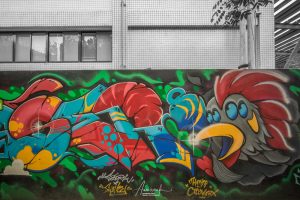 Not only in the square itself you can see graffiti but in all the surrounded streets you will easily find walls and alleys with colorful pieces. It’s a pretty alternative plan if you have already discover the highlights of this amazing city. 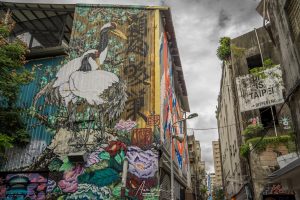 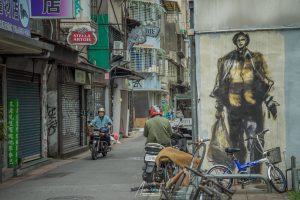 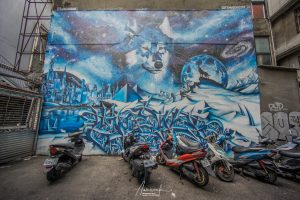 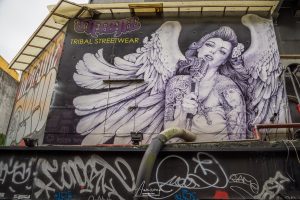 Even some hotels in the area seems to have joined into the graffiti fever and decided to give a colorful look to its facade. And of course plenty of garages or shops metal doors that make this neighborhood a open air museum. 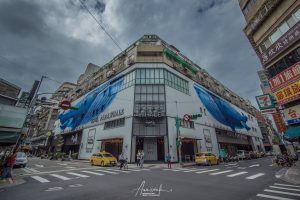 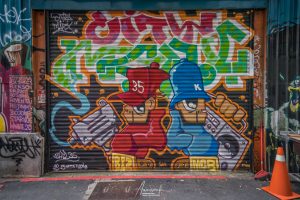 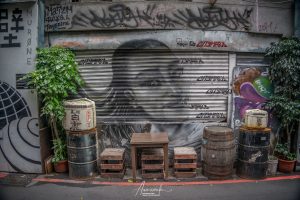 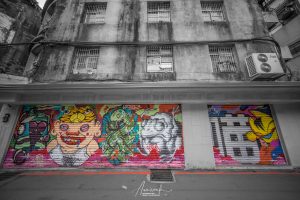 For the laziest ones, I let here the location of the Taipei Cinema Park where all the pictures of this post were taken (except the header image at the left which was taken close to the Taipei 101). Good graffiti hunting! 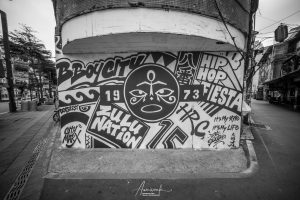 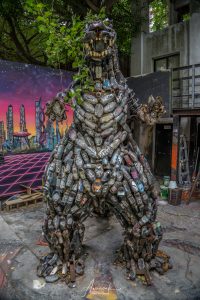 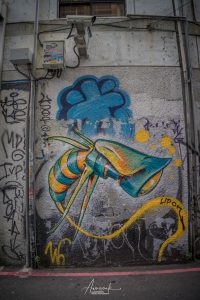 Still there? In case the graffiti don’t give you enough reasons to get your camera and walk around that area I’ll give you an extra reason. Taipei Cinema Park is pretty close to the Camera Street, the paradise of any photographer. Camera Street is actually a popular name for a couple of streets where camera shops seems to grow like mushrooms. And the best thing is that they have pretty cheap prices for camera, lenses, etc… They often beat up any price you can find in Europe or Japan by far. Almost my whole equipment was bought on those streets 😉