We finally had the chance to visit Hiroshima and Miyajima. It was just a weekend trip so we decided to focus more on Miyajima instead of Hiroshima as we wanted to do a small hike on the island. Hiroshima was a nice surprise thought. It does not have so many tourist attractions as other  Japanese cities but I’d definitely recommend to spend a day there.

It was a warm night so we seat at the surrounding of the Atomic Bomb Dome. The contrast of being in such a calm place knowing what happened right there not so long time ago… 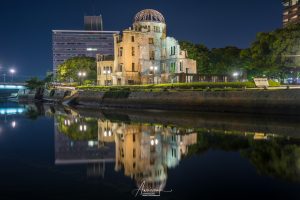 The Hiroshima Orizuru Tower id just behind of the dome and you should check it out. They run different events including a so called Origami Wall, which is like a huge transparent wall that can be seen from the street. People are invited, after paying the corresponding price, to create an origami and drop it into the wall. The idea is to fill it with millions of them. If I’m not wrong, the whole idea behind the origamis comes from the sad story of Sadako Sasaki.

In any case, the best part of the building if you are looking for pictures is the observatory at the roof called Hiroshima Hills. Besides the unbeatable views of Hiroshima, the design itself is pretty interesting. Sitting there to enjoy the sunset while taking a drink (they got a bar too!) seems like a great plan to me. Unfortunately we didn’t have much time as we wanted to take the famous Hiroshima style okonomiyaki in Okonomimura before it was too late. 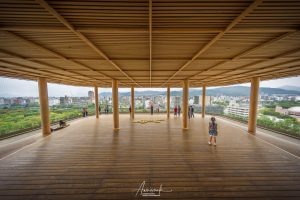 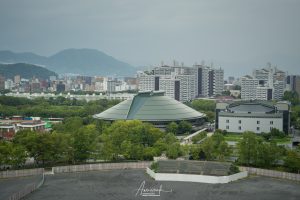 Miyajima is pretty easy to reach from Hiroshima. That might probably one of the reasons of why it’s so crowded during the day. I think that besides the tourists themselves, many people from the city decide to spend the day on the island. The first impression I got was like being in Nara as some deers were welcoming us. 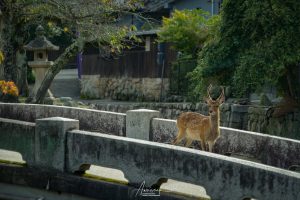 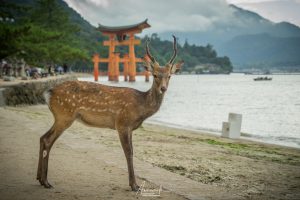 If you are planning to go to Miyajima it’s very likely that you already saw pictures of The Great Torii and the Itsukushima Shrine. These are without doubts the highlights of Miyajima. Photographers out there, be prepared to plan your shooting taking in account the tides . Both, the torii and the shrine bottoms, will be covered by water when the tide is high so it’s probably the best time to set your tripods. 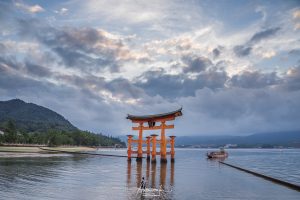 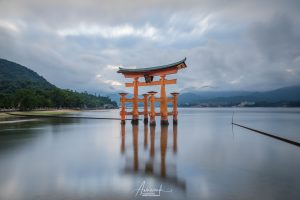 I’d definitely recommend to stay in Miyajima one night as most of the people will leave the island by sunset. Besides that, the torii and the temple are illuminated at night for a few hours so it gives you another good chance to take pictures if the sun was too shy during the day. The Itsukushima Shrine is specially well illuminated at night. 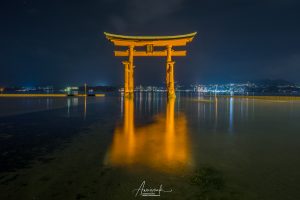 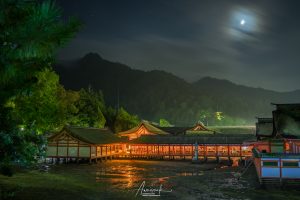 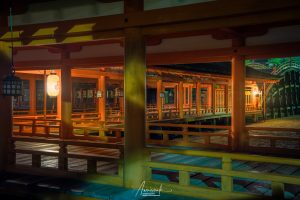 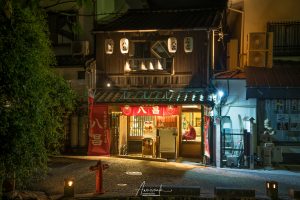 Another good reason of spending a night in Miyajima is that you can wake up pretty early so that there is no many people around, specially to take pictures inside the shrine. 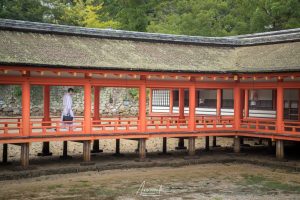 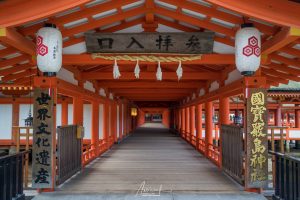 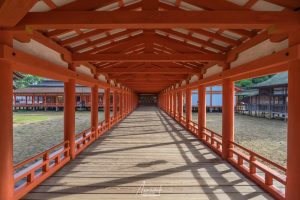 Not only the shrine but the streets are almost empty at that time. In general, but especially in countries like Japan, waking up earlier is probably the best advice you can give to anyone looking for good chances to take pictures. 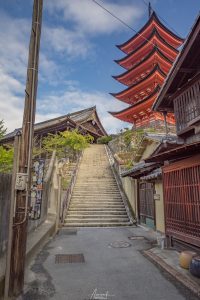 Last thing we had planned was to take a cable car to the top of one of the mountains and see if we could do some small hike there. We ended doing a pretty small walk as the day was foggy so we could not really enjoy the views. There are a couple of small temples along the way and several small statues of these little guys 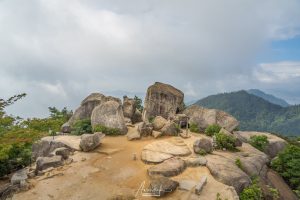 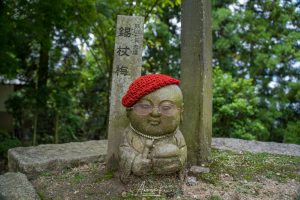 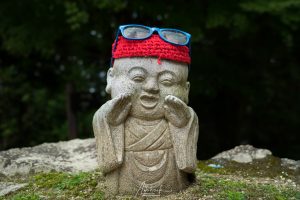 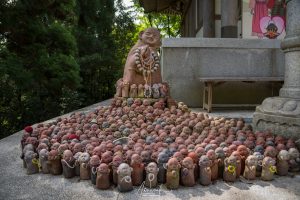 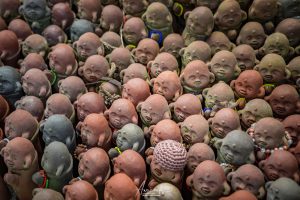 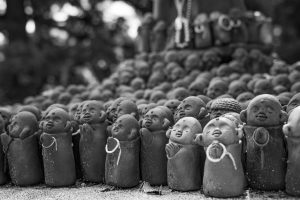 I understand now why Miyajima became so popular between tourists. It’s a pretty nice place to visit but definitely you should stay a night to really enjoy it!  For those planning to go between 2019-2020, be aware that the repairing of the Great Torii already started and likely will be covered for a while. It’s not clear when it will be finished but you could check it here in case they update it. And that was the end of our short trip to Hiroshima & Miyajima, I’ll look forward for my next visit 🙂 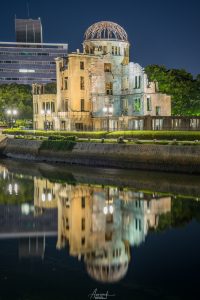